Combined heat and power (CHP), also known as cogeneration, is the simultaneous production of electricity and heat from a single fuel source, such as: natural gas, biomass, biogas, coal, waste heat, or oil.

CHP is not a single technology, but an integrated energy system that can be modified depending upon the needs of the energy end user.

The two most common CHP system configurations are:

Gas turbine or reciprocating engine CHP systems generate electricity by burning fuel (natural gas or biogas) to generate electricity and then use a heat recovery unit to capture heat from the combustion system’s exhaust stream. This heat is converted into useful thermal energy, usually in the form of steam or hot water. Gas turbines/engines are ideally suited for large industrial or commercial CHP applications requiring ample amounts of electricity and heat.

Steam turbines normally generate electricity as a byproduct of heat (steam) generation, unlike gas turbine and reciprocating engine CHP systems, where heat is a byproduct of power generation. Steam turbine-based CHP systems are typically used in industrial processes, where solid fuels (biomass or coal) or waste products are readily available to fuel the boiler unit.

CHP plays an important role in meeting the United States’ energy needs as well as in reducing the environmental impact of power generation, including:

CHP requires less fuel to produce a given energy output, and avoids transmission and distribution losses that occur when electricity travels over power lines.

CHP can be designed to provide high-quality electricity and thermal energy to a site regardless of what might occur on the power grid, decreasing the impact of outages and improving power quality for sensitive equipment.

Because less fuel is burned to produce each unit of energy output, CHP reduces air pollution and greenhouse gas emissions.

CHP can save facilities considerable money on their energy bills due to its high efficiency and can provide a hedge against unstable energy costs. 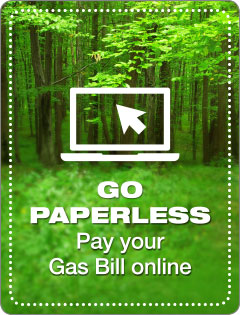